Rylstone from the west

"Looking down on the old bridge from where Mrs Jeffery lives today. Taken about 1890. The showground has been developed a lot since the earlier photos. In the far centre of the photo, you can see that the Church of England is still much the same as it is today. We can also see that Dabee, Louee and McLaughlin Streets are still much the same. The Museum you can see very clearly – in those days it was a hotel. The very small smoke stack you can see below the Church of England was possibly another flower mill. The old wooden bridge was replaced by a concrete one because it was unsafe to the public."

Ref: Transcript of the presentation by a Kandos High year 9 history student in 1976. 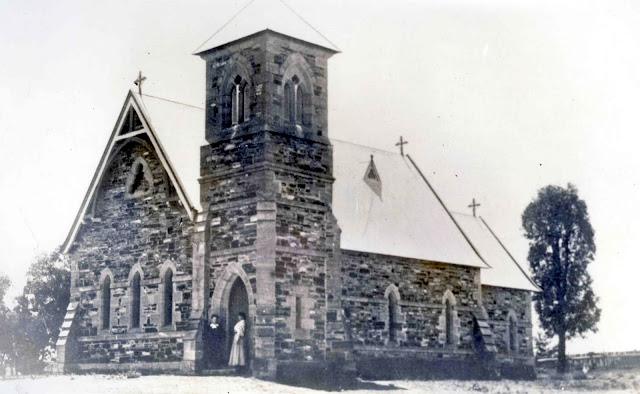 "The Roman Catholic Church which still stands today in the main street of Rylstone. The church is made of stone and was erected about 1870. The addition to the western end of the present church was competed in 1960. The stone being removed from the Monivae at Lue, where during the 19th century Mr Dowling had erected a chapel near his homestead for Anglican services. A deal of controversy arose from this move. The Anglican Diocese of Bathurst believed the chapel to be their property. But Mr Kearins proved beyond all doubt that the building had always been privately owned and had been on his property Monivae when he purchased it. Rylstone was never a separate parish but belonged first to the parish of Hartley, Mudgee, Gulgong, Cudgegong and finally Kandos in 1921. The Reverend R. Corbett, the last parish priest of Cudgegong and the first of Kandos, during his time of serving Rylstone travelled by horse and buggy from Sofala. He marked each of these journeys by placing a stone at the foot of the tree at the top of Old Petticoat Lane."


Ref: Transcript of the presentation by a Kandos High year 9 history student in 1976. 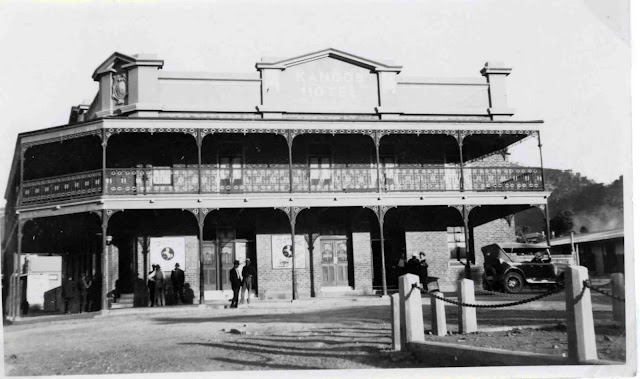