Email ThisBlogThis!Share to TwitterShare to FacebookShare to Pinterest
Labels: Monivae

Email ThisBlogThis!Share to TwitterShare to FacebookShare to Pinterest
Labels: Olinda

Jack Thompson's General Store at Lue was built in 1912, a thriving store with adjoining butcher shop which served Lue well until the advent of the Mudgee abattoir.
Ref: LUE 1823-1984 by Winifred Potts

Email ThisBlogThis!Share to TwitterShare to FacebookShare to Pinterest
Labels: Lue 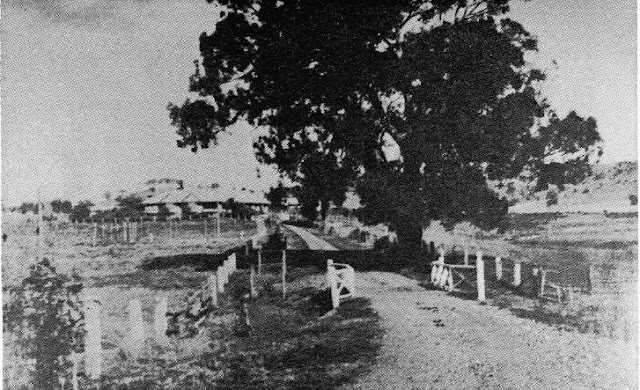 Raffin built the homestead from bricks made and fired on the property near the woolshed and shearers' huts, which had been built by Dowling in 1900. The new house was finished in 1917 and called "Lue".
Ref: LUE 1823-1984 by Winifred Potts
No comments:

Email ThisBlogThis!Share to TwitterShare to FacebookShare to Pinterest
Labels: Lue

Later dances were held in the wool shed.
People who attended these dances travelled miles in open sulkies, the little ones in blankets on the tray of the sulky, the youngest clutched on mother's lap. The home cooked goodies for supper were strapped somewhere on the back. Cold or hot they went for their social outing and what's more, they went with one idea to have a good time and they did have a good time. lf a fight developed among the "young blades" that merely added to the excitement. News was passed on and friends met and romances began.
Ref: LUE 1823-1984 by Winifred Potts

Works 1924, plus dam at foot of Manager’s Hill in foreground. Unfortunately a boy drowned here, which necessitated digging a hole in the wall to let water escape, thus allowing body to be located.
Ref: Bruce Fleming

Kandos Cement Works under construction in 1914. 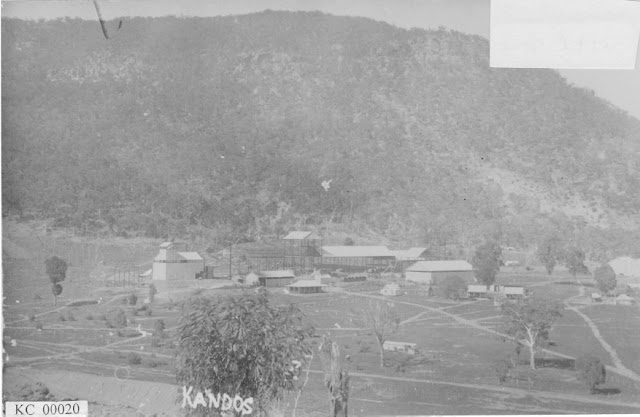 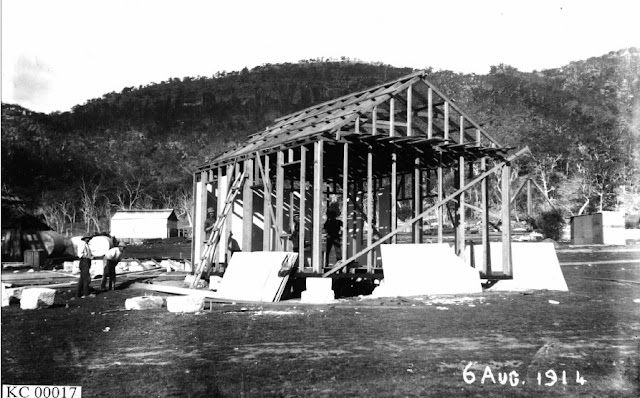 Residence on left, on right is Drawing Office where plans were first drawn up in 1914 for construction of Works. It also served as the Pay Office for employees.
Photo taken 1914.
Ref: Bruce Fleming

Works property before any construction.
Ref: Bruce Fleming
No comments: