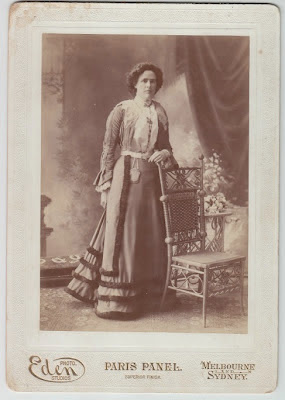 The lady is Ada May Harris (nee Martin).
Ada, or May as she was known married George Harris, jnr on 9 Jan 1895. Ada’s father was Robert Goddard Martin and he was engaged to build the cedar staircase at Ilford House and then settled in the area. His wife was Mary Ellen Walcott.  His daughter, Ada, as mentioned married into the Harris family as did her brother, Edmund Walcott Martin, who married Martha Patience (Pattie) Harris, younger sister of George jnr (both children of George & Martha Harris). George jnr was a teacher, and Edmund & Pattie lived in the Meroo area near Mudgee on a property called ‘Sunnyside’ (descendants still there).
Ref: Notes from Lynn Ryan 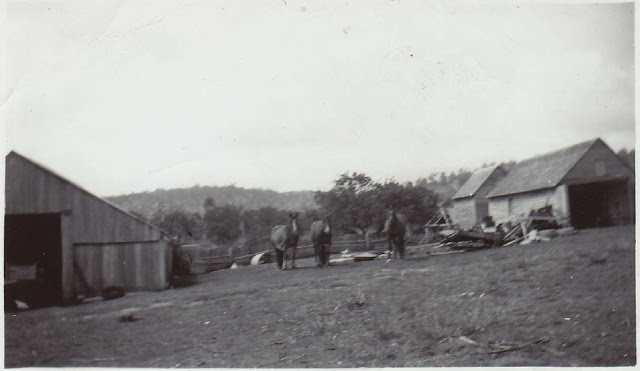 On the back in dad's (Bill Eagle's) writing it says barn on the left, garage/workshops on right and the 'ratproof' 2 storey behind the garage.
The pile of debris is the remains of a bark workshop.
The wagonette was kept in there as well as Vincent Harris's tools until it fell down.
No idea for the photo date but guess it was before the war.
Ref: Notes by Lynn Ryan
No comments: 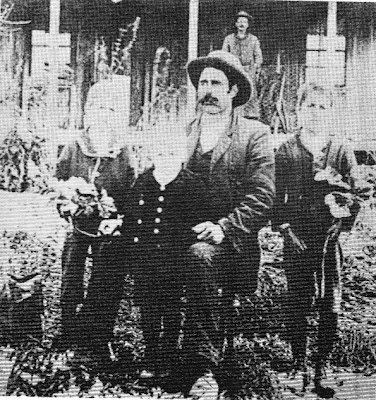 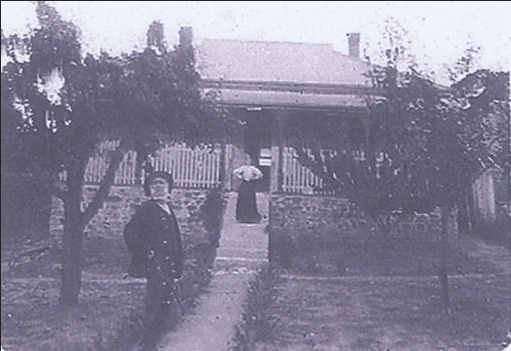 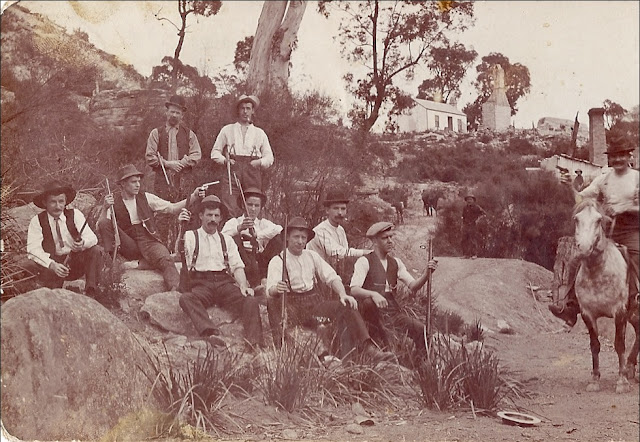 This is from an old postcard, from the Newnes region. My Great Grandfather James Carmichael worked for one of the Shale Companies.
Ref: RDHS Wiki
No comments: 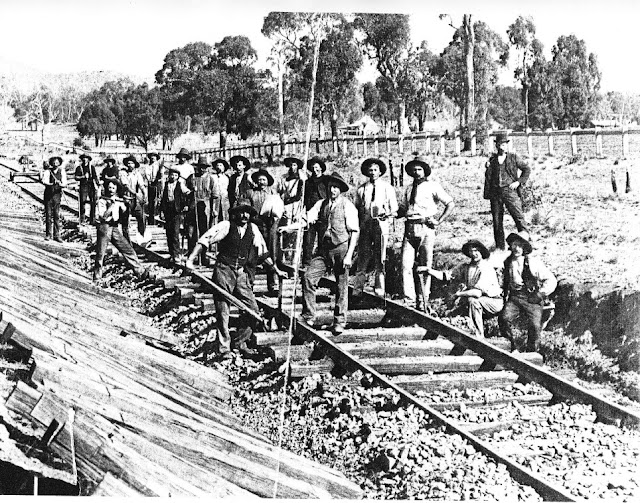 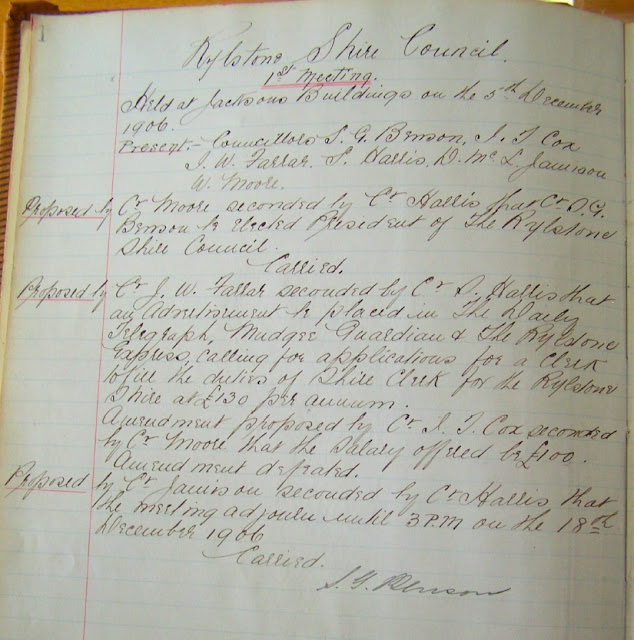