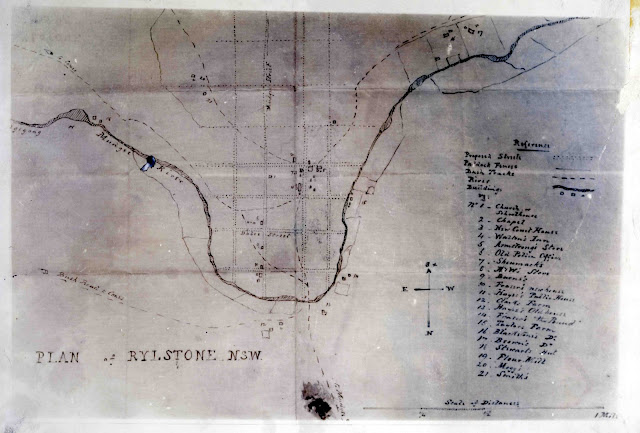 This is a survey map compiled by Hardwick in the 1850’s. The town of Rylstone was developed as planned and on this map I have Dabee Street and Mudgee Street, the Cudgegong River, which was then known as the Cudgegong or Mudgee River, the first church was also the school house.
There is not much difference between this map and the large map of Rylstone today, because the town has developed along the lines that the people wanted, which is spread mainly over the river but the streets in the town itself are basically the same. The school where it is today now stands as the schoolhouse for the principal.
Ref: Transcript of the presentation by a Kandos High year 9 history student in 1976.